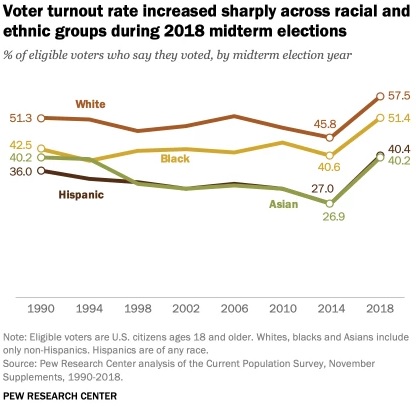 According to a report from the Pew Research Center earlier this month, Hispanic voters contributed towards the highest turnout for a midterm election in recent history.

A Pew Research Center analysis of newly released data from the U.S. Census Bureau revealed that last year's increased turnout was supported by a 40% increase in Hispanic turnout from the last midterm election four years before. In fact, Hispanic turnout was so high that it nearly matched turnout levels normally only seen during presidential elections. Also notable from the report is that Hispanics were more than likely than white or black voters to voter early or by mail.